Ante Yelavich and Ariyah Cohen would like to say hello to you all.

Ante is almost seven-years-old, a Kinder student at Bowraville Central School, on NSW's Mid North Coast, and smart as a whip.

As we sit down and chat, his Mum, Melissa Harris, shows me a video of Ante at two identifying every letter in a roadworks sign.

He taught himself to read before he went to school. 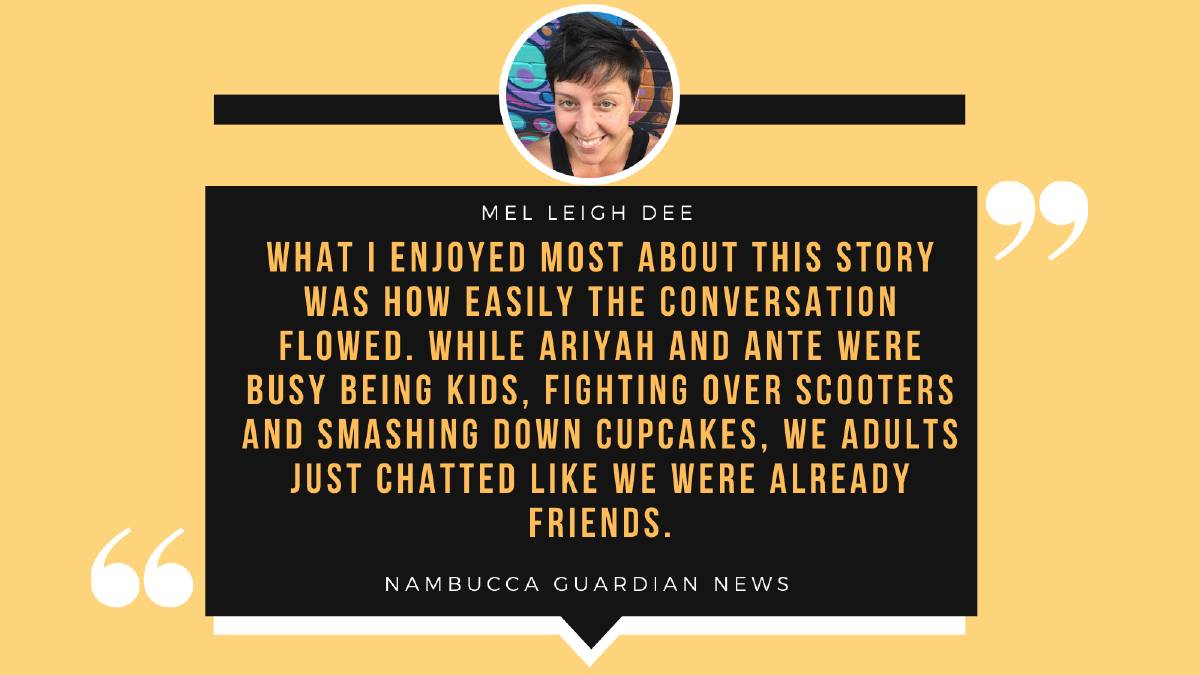 Ariyah is a four-year-old powerhouse. Anything you can do, she can do better.

"She's mad on Youtube - she was watching videos of kids making slime and decided to try it herself the other day," Dad Cameron Cohen said.

Next minute, she'd dragged her bedside stepping stool out to the kitchen cupboards and pulled down ingredients, combining them with great determination to make her own personal slime.

And while Ante and Ariyah are chalk and cheese when it comes to their personalities, one thing unites them - other than both being from Macksville, on the Mid North Coast of NSW.

They were both born with achondroplasia dwarfism, which means their bones don't grow in quite the same way.

There are over 200 different kinds of dwarfism, and achondroplasia just happens to be the most common.

Still, it's pretty rare for two kids with the same condition to be born three years apart in the same little town.

The Dwarfism Awareness Australia website says achondroplasia occurs "in around one in 25,000 children in Australia". 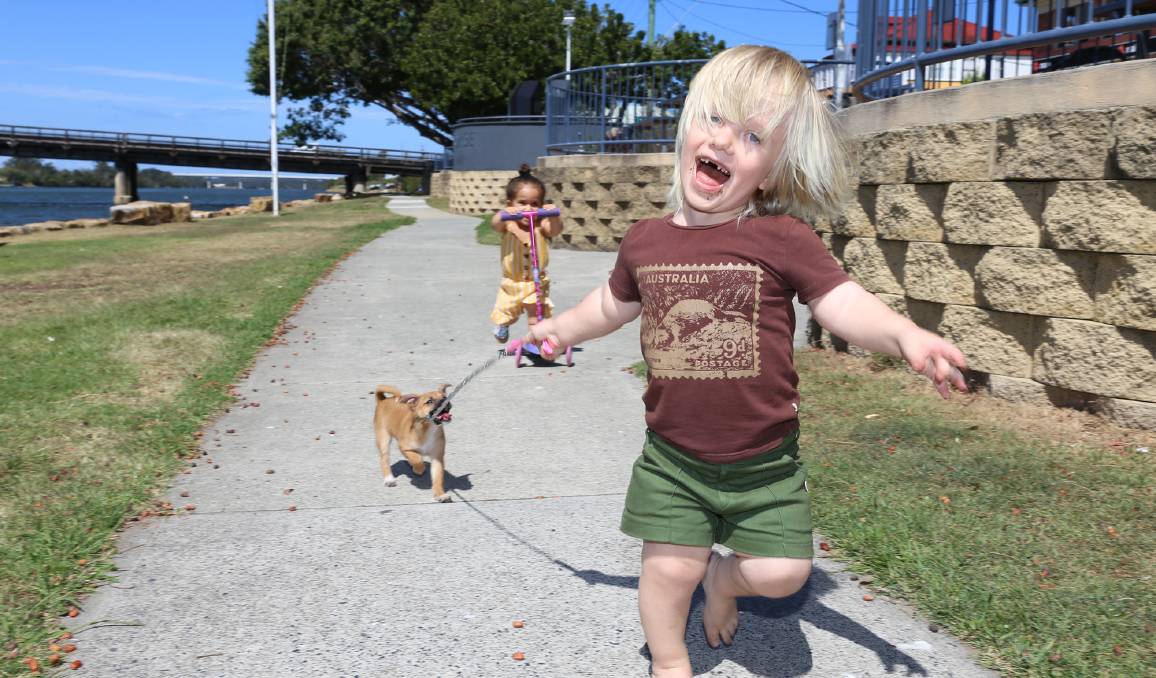 Melissa said when Ante was born there was no one nearby to connect with for support.

"Until Katrina came along we had to travel to the border to meet another family who knew what we were going through," she said.

When a lady at the Bowraville IGA told Melissa another baby had been born in Macksville Hospital with dwarfism, she couldn't quite believe it.

"I rang Quaden Bayles' Mum to ask her if it was true that an Aboriginal baby had just been born with achondroplasia at Macksville and she confirmed it and gave me their details," Melissa said.

It turns out their families were already connected; Katrina's grandmother had lived beside and babysat for Melissa when she was a kid.

"It was so nice to find someone in my own town who knows how I feel," Melissa said.

And now we're stuck with each other whether she likes it or not.

Melissa is "allergic to being pregnant". She lost around 30kg during both of her pregnancies from persistent vomiting. And both babies were born at a low birth weight - around five pounds. Melissa's older daughter does not have achondroplasia.

So when Ante came along, there was no reason to suspect anything was different.

It wasn't until Ante's six-week check-up that a doctor noticed his head was slightly larger than it ought to have been for his size.

Melissa and Ante were sent off to the regional centre of Coffs Harbour for a scan for hydrocephalus - a build-up of fluid in the cavities in the brain.

"I woke up adamant that day there was going to be nothing different and I was wasting my time," she said.

But after a quick checkup, Dr Anand Naidoo turned to Melissa and said "your son is a little person".

Melissa, not understanding, turned to her Mum and said "see, I told you, he's just small".

"No, your son has dwarfism," Dr Naidoo said, gently.

My mind was just spinning at that point. It's not one of the things on your radar when you're pregnant - cerebral palsy, Down's syndrome - but not dwarfism.

She demanded a second opinion and a cursory examination from a trainee doctor - "I see a saddle nose, trident fingers, shortened limbs" - gave her all the confirmation she needed.

Katrina, on the other hand, was 20 weeks pregnant when a doctor noticed a bow in Ari's arm.

"I was also massive when I was pregnant with Ari," she said.

An excess of amniotic fluid can be another indicator for diagnosing dwarfism.

Katrina and Cameron were sent down to John Hunter Hospital for testing to determine any genetic links. But it turned out that neither parent carries the genes for the condition.

Ari's achondroplasia developed "spontaneously in utero" as a result of a random gene mutation.

"Anyone can have a baby with dwarfism," Melissa said.

Katrina and Cameron were not upset by the revelation that their unborn daughter had dwarfism.

We just wanted her to be healthy. The only thing I was scared about was her getting bullied - there's so much ugliness and hate in this world.

"We didn't want to see her go through what happened to Quaden," Cameron said. In fact, both kids are minor celebrities in Macksville - the community loves them.

"Staff always ask where Ariyah is if we go to the shops without her," Cameron said.

"Because their condition is rare and they're gorgeous everyone fusses over them," Melissa said.

"They think they're famous."

Both families count themselves lucky that Ante and Ari haven't had some of the more serious health complications people with achondroplasia can have.

They both have had trouble breathing most of their lives; they've both had their adenoids removed - Ari's had hers done twice and possibly needs them done a third time, and she's also had her tonsils removed and grommets inserted into her ear canals.

But neither have showed signs of spinal stenosis - a potentially serious condition in which the upper spinal cord is pinched resulting in immense pain and difficulty walking. Likewise, neither have hydrocephalus, which can result in brain injury.

In fact, there are some physical traits Ari and Ante have that give them an edge over other kids.

They're incredibly strong - they can both stand without the use of their arms. And they're both hyper-flexible.

"Ari hooks her toes up to use as a stand for the iPad when she's watching it," Cameron said.

"When she was younger, she could walk with her toes pointing backwards.

"We were told she wasn't going to walk before 18 months. But she was crawling at eight months and walking before 12 months. And she doesn't show any fear." And there are other cheeky benefits too.

"There's the fact they don't grow out of shoes or clothes as fast," Melissa said.

"And we can pass her off as younger than she is to get into places for free for longer," Katrina said, laughing.

Both Ante and Ari are expected to live long and fulfulling lives; they should have a normal lifespan, and they can have children, drive modified cars, and go to work.

At the end of the day, people with achondroplasia can pretty much do anything, they might just have to do it a different way.

"It's a great choice for Ante because it's K-12, it's flat, so there's not too many steps for him to navigate. They're modifying some of the playground equipment so he can use it. And they're looking to install a toilet that Ante can use," she said.

Katrina said they're thinking of sending Ari there too.

Melissa said she feels lucky to live in a country town like Macksville too - people with dwarfism in cities can often feel more socially isolated, and be the targets of ridicule, and the non-consenting subjects of photos.

She said she still has her guard up every time she goes out in public. But her experiences so far have been overwhelmingly positive, with many people just curious - Melissa sees those moments as a perfect chance to teach people.

"We're all about educating," she said.

Sometimes I see parents telling their kids off for staring. But don't teach them not to stare - teach them to say hello.

"I get why people want to stare - it took me three years to stop staring at Ante every minute of every day. It's funny, now other kids are the ones who look weird, with their long arms and long legs."

There are also a few other lessons both Melissa and Katrina would like to impart on people:

Midget is a "revolting slur" to the little people community.

"Midget is horrible, short-statured is more favourable, but using their name is the best option," Melissa said.

Also, patting people with dwarfism on the head and picking them up - especially adults - is disrespectful and a complete no-no.

Melissa, Katrina and Cameron say what they want more than anything for their kids in life is acceptance.

About this story, by Mel Leigh Dee 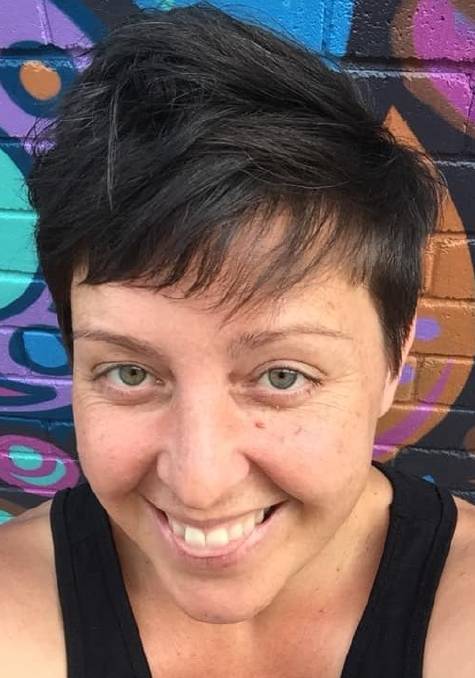 What I enjoyed most about this story was how easily the conversation flowed. While Ariyah and Ante were busy being kids, fighting over scooters and smashing down cupcakes, we adults just chatted like we were already friends. And it's no joke about their celebrity status. In the space of two hours about four different people came by to say hello. It might not always be easy for them. As they age, prejudice might rear its ugly head. But in that moment it was possible to believe in a world in which difference was accepted and even celebrated.

This story was first published on October 12, 2020